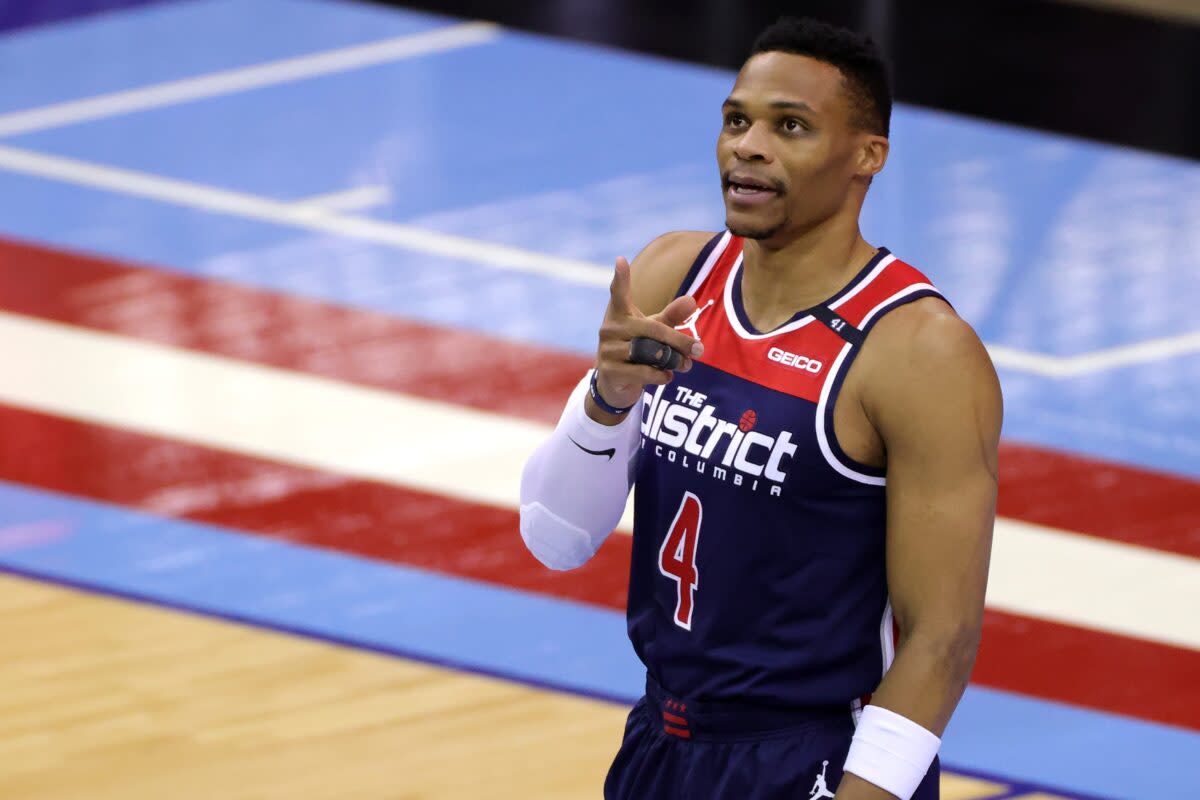 Despite being on his third team in three years, and hearing doubters at every turn, Russell Westbrook is commanding respect from the NBA community following a string of recent performances this season.

On Monday, after posting yet another triple-double, and becoming the only player in league history with 21 rebounds and 24 assists, Russ became a huge talking point on social media.

After the game, Wizards coach Scott Brooks only added fuel to the fire by making a rather bold claim, suggesting that Russ could end up as the 2nd greatest point guard ever.

What Westbrook has been able to do this season, and throughout his career, has been nothing short of amazing. He really does it all on the court, and is a special type of talent.

Though the Wizards have struggled to win all season long, the play of Westbrook and his co-star Bradley Beal has kept the team within striking distance in the East, with the potential to make some real waves.

Still, ring or no ring, Westbrook deserves to be celebrated for his talent, and it seems Twitter is finally getting around to that idea. 7 Eboni K. Williams Has No Problem Disrupting Whiteness On...