Recently, this story a 28-year-old Dutch man posted on the AITA subreddit attracted everyone’s attention. In a lengthy post, the Redditor Bruvikmage shared how he’s been living with his Italian girlfriend in one of the Netherlands’ cities.

Apparently, the 25-year-old woman, who has spent already 5 years in his country, doesn’t particularly enjoy the Dutch way of living, especially the language part of it. “She is living here for 5 years, and we are dating for almost 2 years. She speaks no Dutch and makes no effort to learn. Even simple phrases/greetings, she won’t bother with them,” the author explained.

Although he finds it weird and frustrating that she doesn’t put any effort into learning his language, his girlfriend thinks that Dutch is “difficult, sounds ugly, and she doesn’t need it for her work or social life, so what’s the point?”

As you may suspect, the point came when this got on the author’s nerves and he simply blew up.

Recently, a frustrated man shared how his girlfriend refused to learn his native language although she’s been living in his country for 5 years 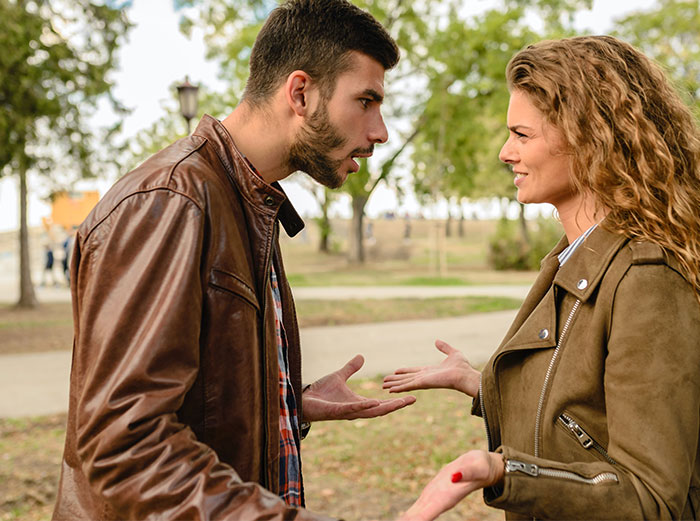 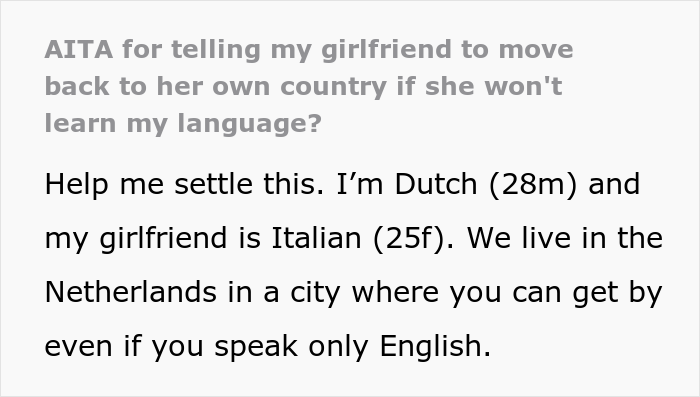 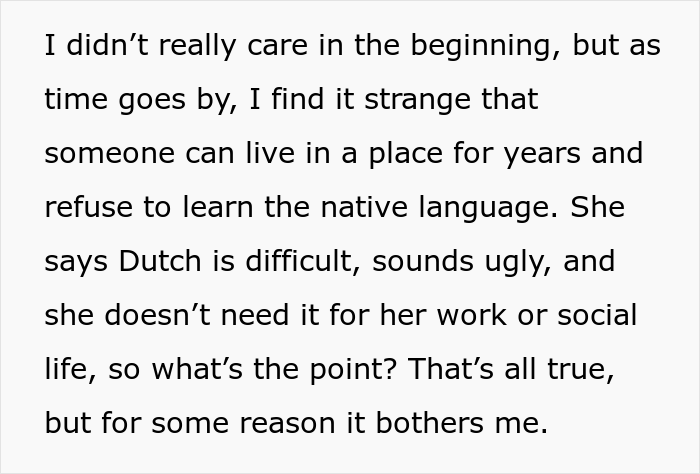 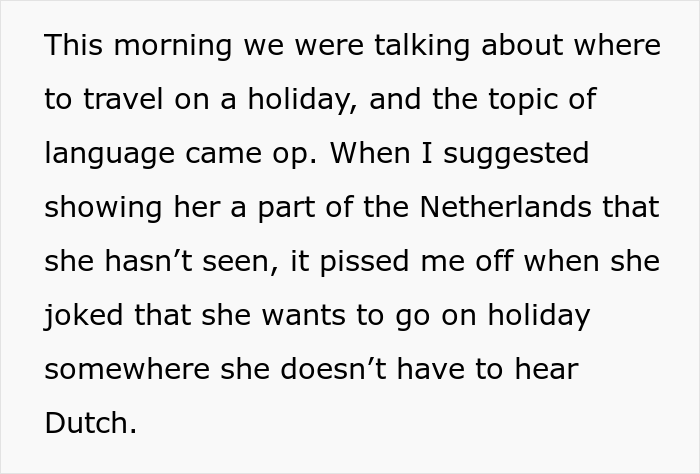 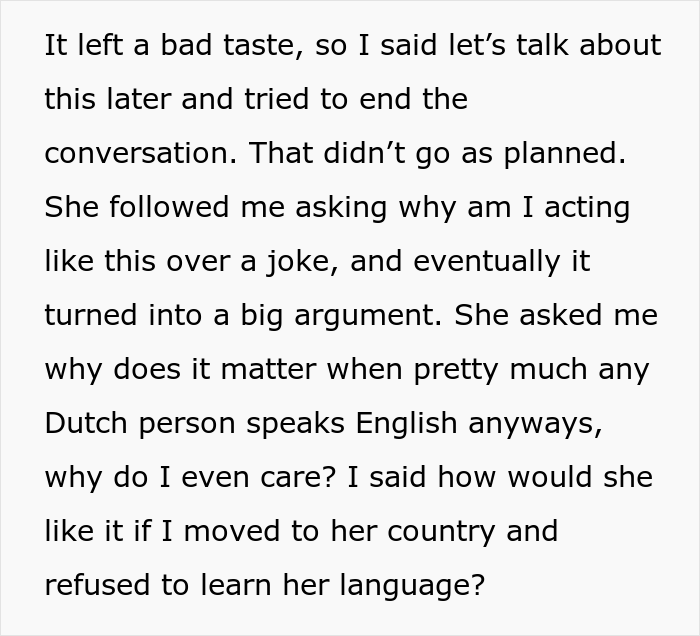 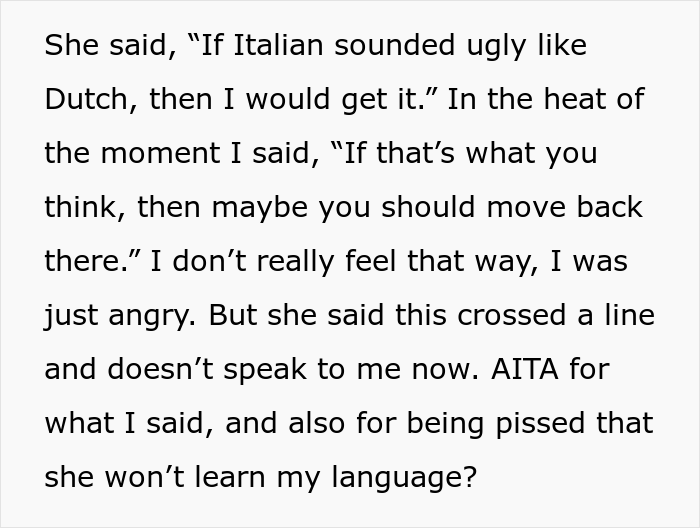 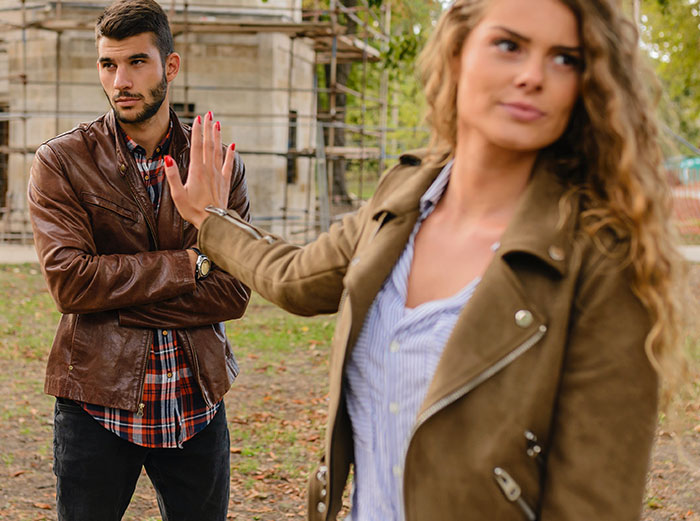 Learning Dutch while living in the Netherlands has been long a subject of heated debate on expat forums. While it’s no secret that most people coming from abroad don’t hurry to learn this West Germanic language, especially when the Dutch speak English so well, the question remains whether they should start to at some point.

However, when expats start to settle in the Netherlands, they realize they’re not as literate as they previously thought. Many of them won’t be able to read their bills, official government documents (immigration papers, drivers license info, immunization notices, etc.), menus, the push/pull sign on doors, etc.

Many expats also find it pretty difficult to stick to speaking Dutch, especially in the beginning, because the locals instantly switch to English if they see them struggling. No wonder many expats give up, but is it the only way? Well, tell us what you think in the comments below!

The author later gave some more information about the whole situation 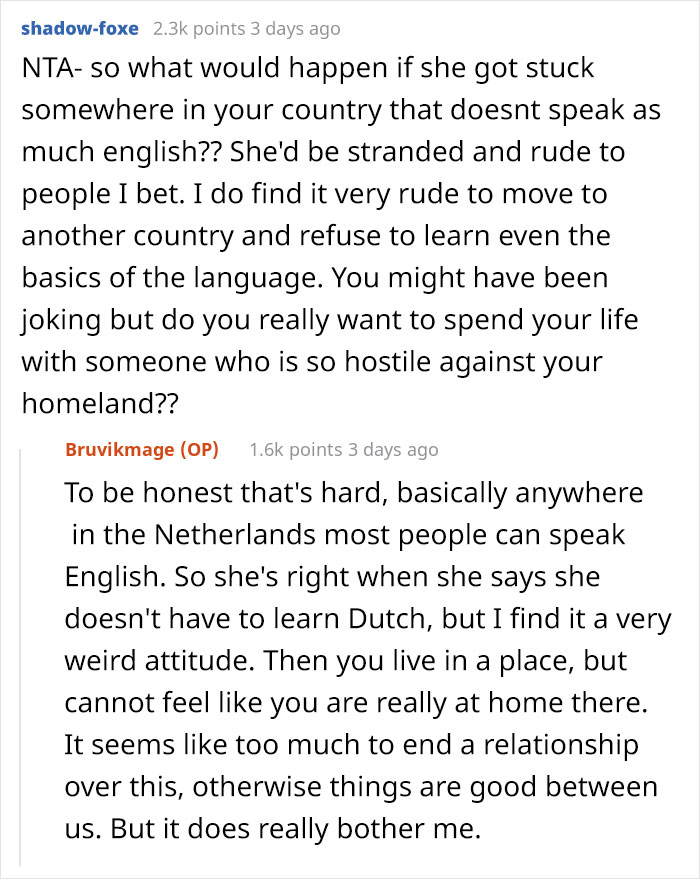 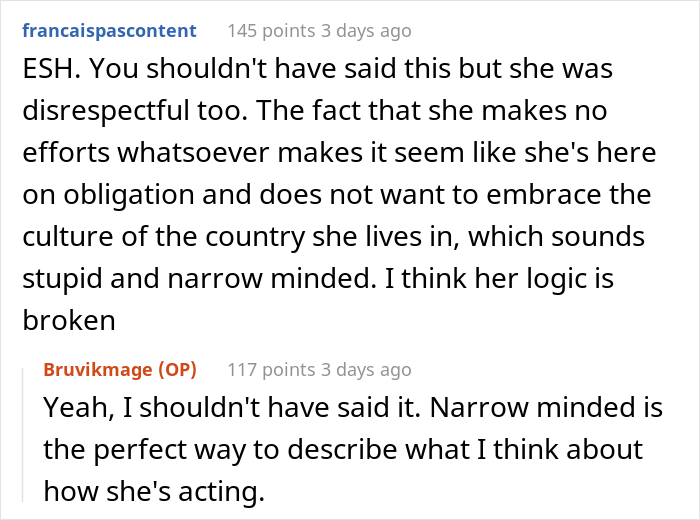 Many people were on the author’s side 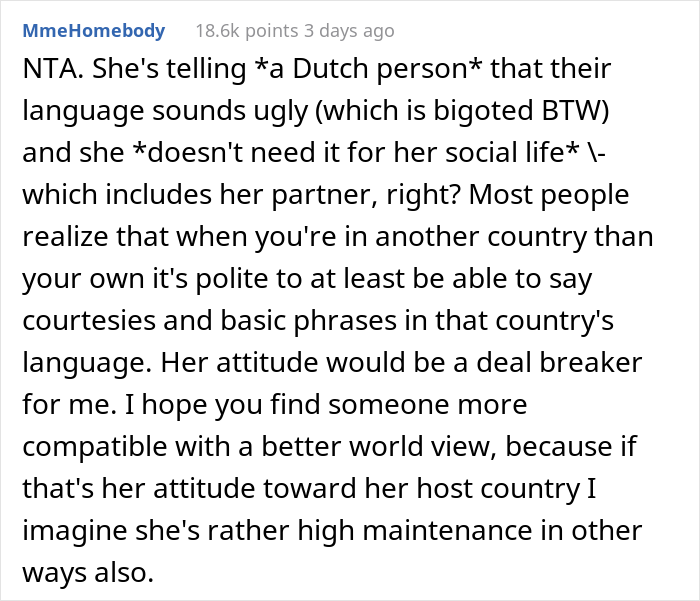 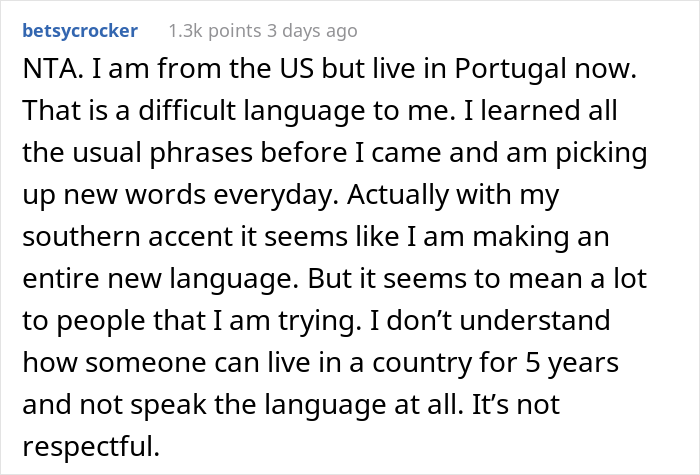 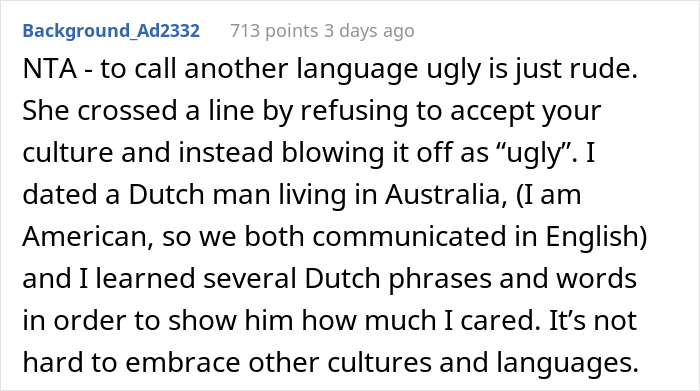 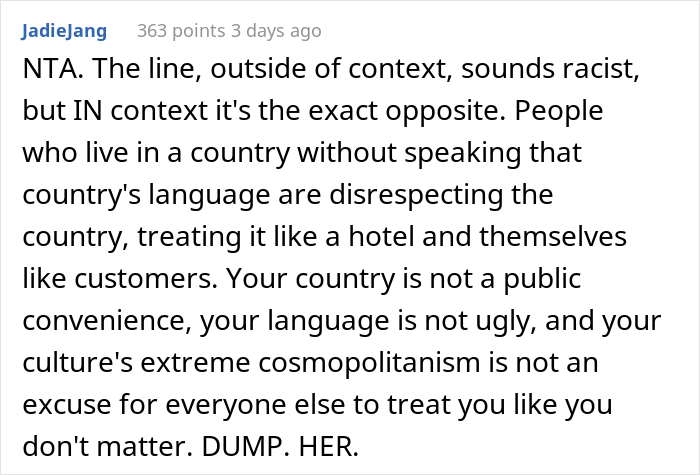 While others thought nobody is right in this situation 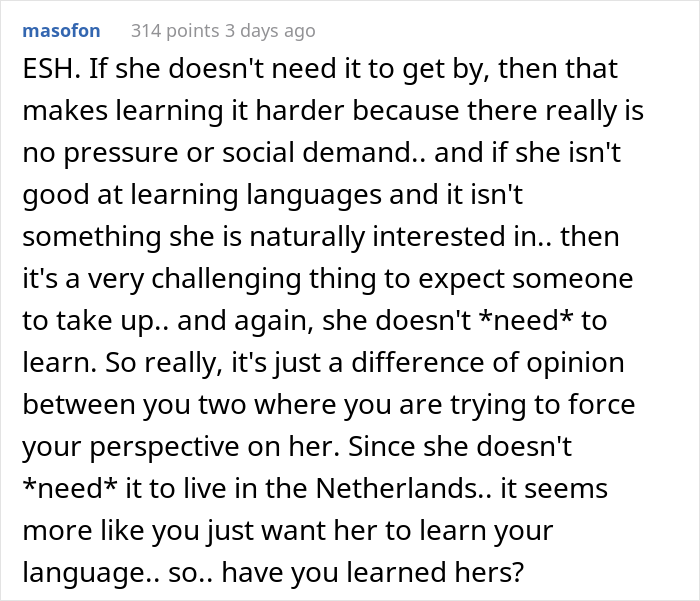 This Thread Has Teachers Revealing How Kids... Man Asks If He’s A Jerk For Boycotting Sister’s...