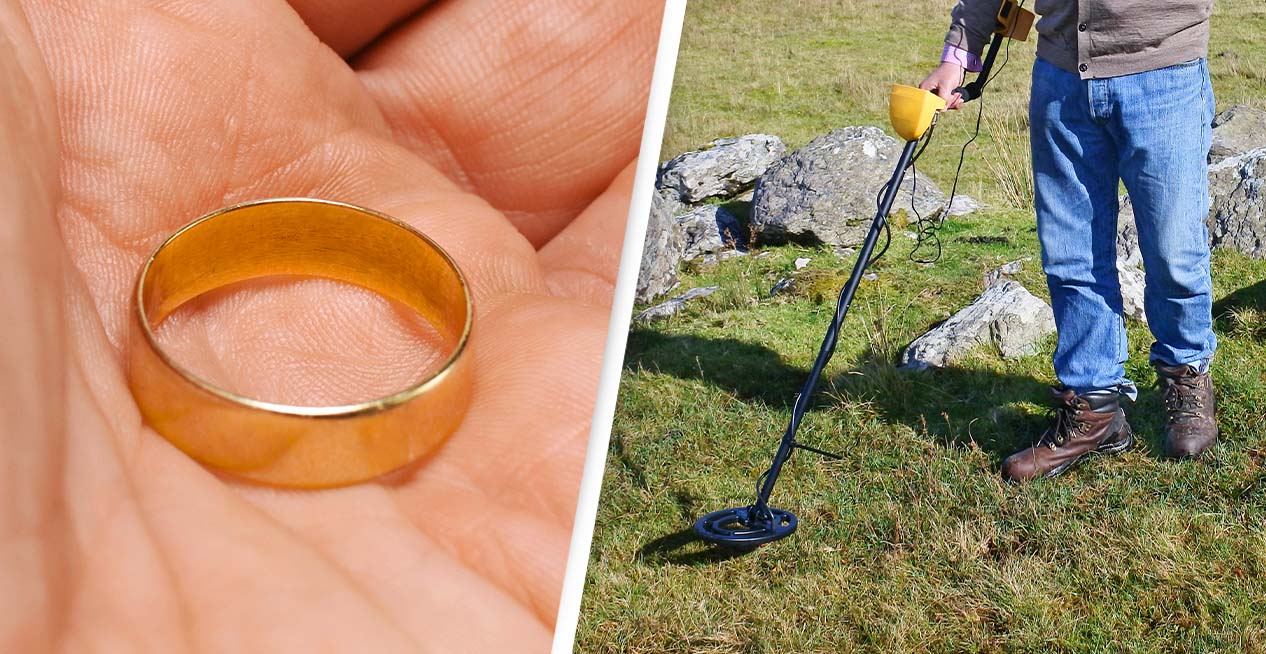 An 86-year-old woman has been reunited with the wedding ring she lost 50 years ago thanks to her hardworking and dedicated neighbour.

Peggy MacSween had been gathering potatoes at her home on Benbecula in the Outer Hebrides when her gold wedding band slipped off her finger many decades ago, and after a couple of failed searches she believed there was ‘no way of finding it’.

Her husband John later bought her a replacement ring on holiday, but recently MacSween relayed the story of her lost ring to neighbour and metal detectorist Donald MacPhee. 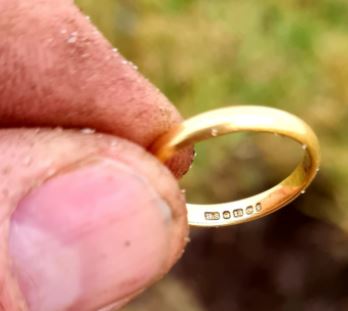 MacPhee decided to make it his mission to find the ring, after which he spent three days searching Liniclate Machair, the sandy coastal meadow where the potato patch once was, with his metal detector.

The determined man’s job was made more difficult by the fact the area has become popular with drinkers in recent years, meaning there were a lot of ring pulls found during his search, but after three days and 90 holes he finally struck gold – literally.

The trouble is gold rings make the same sound [on the detector] as ring pulls and I got a lot of those – as well as many other things such as horseshoes and cans.

But on the third day I found the ring. I was absolutely flabbergasted. I had searched an area of 5,000 sq metres. It was a one in a 100,000 chance and certainly my best find. It was a fluke. There was technique involved, but I just got lucky. 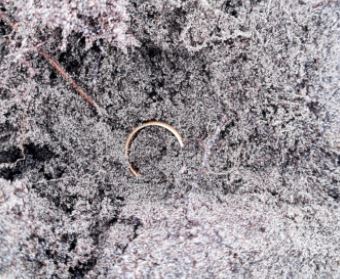 After finding the ring MacPhee took it straight back to its rightful owner, who found it ‘still fitted perfectly’.

Recalling the moment her neighbour presented the ring, MacSween said: ‘He just came to the door and said: ‘I have something to show you.’ It was the ring. I couldn’t believe it, but there it was. I thought I would never see it again.’

MacPhee has described the ring as his ‘best find’, adding that delivering it back to MacSween was a ‘wee bit emotional.’