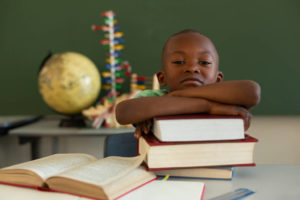 A teen’s poor school performance can be caused by different factors but one rarely discussed cause could be the mental illness, schizophrenia. While a bad report card might not be the only symptom of the illness, it could be the one you notice first. Let’s look at some of the other things you should look out for if your teen is performing poorly at school.

Risk Factors You Should Know

On the other side of the coin, a large percentage of persons who have a genetic predisposition to schizophrenia never develop it.

Doctors have suggested that external factors such as stressful situations can spark the development of schizophrenia.

There is also some evidence that illnesses in the late stage of pregnancy, substance abuse, or poor nutrition could influence a child’s likelihood of having schizophrenia.

Since it’s so difficult to determine someone’s risk for having schizophrenia based on their history, it’s more beneficial to look out for certain symptoms.

Early Signs Of Schizophrenia In Teens

Younger children may show extreme delays in walking and talking. They may also flop their arms a lot and have long periods of inactivity. As children approach adolescence, however, more symptoms can appear.